Lanes & Planes is the first travel and expense management solution that is truly digital for all aspects of business travel - from booking to settlement and beyond. A business travel platform that helps our clients save time, money and nerves.

About us
The all-inclusive business travel portal

After Veit Blumschein (CEO) completed his studies in Business Administration & Business Informatics in Bamberg, he came to RWTH Aachen University to do his doctorate. There he met Daniel Nolte (CTO), who was completing his studies in Computer Science. Veit and Daniel began their journey together back in 2008 when they founded the B2C company fromAtoB (formerly Verkehrsmittelvergleich.de), which was later acquired by Tank & Rast.

The idea of Lanes & Planes came out of personal necessity. For two years, Veit commuted between Aachen, Berlin and Munich, which meant he regularly had to organize travel connections. This digitally immature process, in combination with his travel tech expertise of over 10 years, gave the two the idea to develop a solution that really mapped out all processes of a business trip.

In 2017, Daniel & Veit started a new joint project: Lanes & Planes was born, then known as TripClickPro.

Today, Lanes & Planes is growing and thriving more than ever. In February 2020, the Munich-based business travel platform secured a $10 million series A funding round, led by Battery Ventures, DN Capital & Connect Ventures. L&P has used the Corona crisis to make structural changes and digitise its business process. 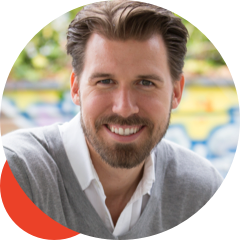 Together with co-founder Daniel Nolte, Veit is following the goal of fully mapping out all areas of business travel digitally as well as all types of expenses and out-of-pocket expenses and establishing them as an integrated end-to-end solution in the SME sector. Veit attained his doctorate in Business Administration from RWTH Aachen University with a focus on entrepreneurship. 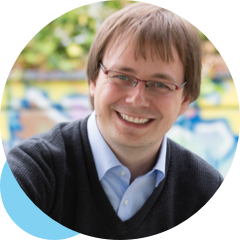 Explore more, in only 30 minutes

In order to optimize our website for you and to continuously improve it, we use cookies. You can change these in your browser settings. Further information can be found on our data protection page.